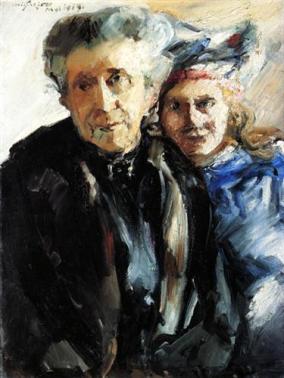 I miss you so much. These days, when the whole world is on edge, I really wish I could talk to you. I know many people who in the last few years became impossible to talk to about anything other than the most innocuous of topics. I don’t think that would have been you. Even though you were strong in your convictions, you always listened to me, even as I struggled to put complex thoughts into Russian,  a language that made it difficult for me to express them.

I am lucky to have grown up with many grandparents and even great-grandparents, but you’re the only one who talked to me about World War II and the Holocaust. I know your story of escape the best, because I heard it so many times. You would often say that most Ukrainians and Poles were even worse to the Jews than the Nazis, but you would always add that there were some who risked everything to help and save our people. I’ve often thought about that contradiction.  You taught me not to trust people and always be vigilant, ready for betrayal, like you had to be back in the Soviet Union during and long after the war. You taught me that family is the most important thing in life. And also the only people you can ever really trust. I could tell from a fairly young age that this protective distrust was a result of tragic life experiences, even when I wasn’t sure which ones specifically.

The three million Soviet Jews who immigrated along with us are probably also asking these questions, because they certainly cannot agree on the answers. Every year, American Jews say “Never again” on Holocaust Remembrance Day. But this year on that day, our government closed American borders to immigrants from seven countries.

Why were they trying to come to the United States? I imagine like all immigrants who come here they wanted a better life for themselves and their children. От хорошего не уезжают, (You don’t leave what’s good) goes a Russian saying. Perhaps they fear the very same regimes of terror that we fear. Or maybe they’re fleeing a brutal war like you once did.  But they bring with them a different culture and religion, and many Americans are legitimately afraid of what that might mean.

Were the Ukrainians and Poles who wanted to get rid of all the Jews afraid, too? Their conclusions must have also been based on their life experiences or a lack of knowledge. I’m sure their neighbors and friends did not think they were bad people just because they disliked the Jews.  We certainly know it took a lot of courage to become one of the people that the Jews have since dubbed “Righteous Among the Nations.”
The reason we repeat history is that it never presents itself in exactly the same way. There is definitely a twist here.  But it’s hard to ignore the parallels. I wonder what you would say, babulya. Is it time for us to be courageous, face our fears and stand up for our convictions?